This hour long special dropped tonight on the History Channel with relatively little fanfare. It’s been a few years now since the Patterson-Gimlin Film was dragged out of the vault for an analysis and this time, for the first time ever Dr. Jeff Meldrum and Bill Munns will sit side by side on the same set to look at a computationally cleaned up version of the PGF. In this show they discussed the anatomical features that can potentially distinguish the subject as a real biological entity that fits neatly into known natural history and hominin evolution as well as the technical obstacles that would have to be overcome to construct a suit to replicate what can now be observed on the film if the subject is indeed a person in a costume.

The premise: computer guy writes a computer vision program and chucks the PGF through it, stripping away the layer of grime that is film grain noise and physical damage that inevitably occurs during years of copying and recopying. The algorithm stabilizes each frame onto the background scene with a 3-dimensional rotation, as opposed to manual efforts in the past by Bill Munns or MK Davis which relied on eyeballing a 1 dimensional rotation for each individual frame. Think an aircraft’s pitch-yaw-row in 3D space, versus just turning a piece of paper on a flat table. 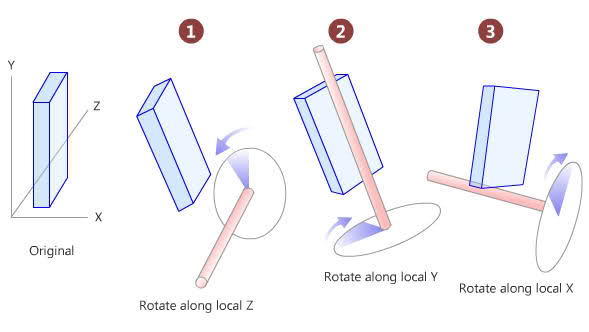 The visual presentation of the show is spectacular. The graphics and editing really convey the massive difference in the before and after of the film. The panel goes from the bottom to the top of the body ticking off features of note and discussing why those features are appropriate for natural anatomy while being completely inappropriate or impossible for a costume from the 60s. The presentation is pretty fast and tight and it goes by almost too quickly to really think about what’s being said (I recommend watching it on demand so you have pause and rewind privileges) but in my opinion, the visual presentation is what makes the show.

There were many features on the body that were not discussed during the runtime of the show and they really jump out at you with the repeated close ups and slo motion pans. True to the host’s challenge, you really are left to form your own opinion with so many loose ends left untouched by the analysis. The film speaks for itself and while it benefits from an expert breakdown of the important features, it doesn’t really need the voiceovers to make its point. I found my eyes frantically scanning and analyzing every inch of the subject every time the film came back on screen (which thankfully was repeated many different times throughout the show, meaning the producers understand what the audience wants to see) because the film is just that clear and compelling to the eye. 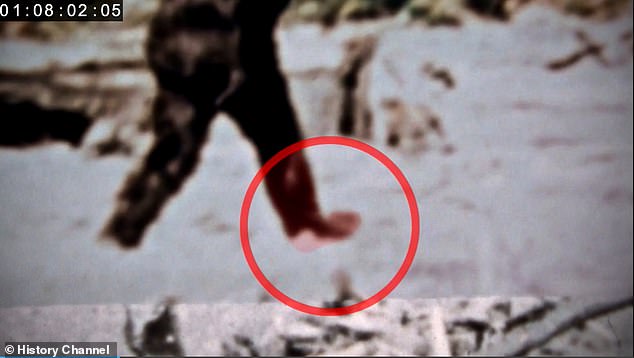 Still from the show, highlighting dorsiflexion of the toes during a step. Rigid rubber shoes would not be able to accomplish this motion, now or in ’67.

The film does stray a bit after its initial introduction and analysis and dives into a few other pieces of more recent footage, going back to its regular formula of showing unexplained footage and getting a verdict from a series of credentialed interviews. While one cutaway was effective in contrasting the PGF with your garden variety Bigfoot video, the show really felt like it started to detour after the second cutaway, and especially so when it spent a segment on a nondescript thermal from Australia supposedly showing a Yowie. This gave the show a really awkward feeling of being two completely unrelated shows interleaved into a single hour. The people being interviewed for the other segments did not comment at all on the PGF, and it felt like the analyses had absolutely nothing to do with each other. The other pieces of footage are just of such lower quality that it felt like an inefficient use of screen time to treat them with equal weight as the PGF. This is exacerbated by my personal opinion that the Yowie, if real, is not even the same kind of animal as Bigfoot and is just an unwelcome distraction from an otherwise extremely well put together visual presentation.

All in all it’s worth 45 minutes of your time to look at, even though it feels like a bit of a Frankenstein’s monster of different segments. The parts that do dive into the PGF are very tight and polished with no words wasted from the narrator or the scientists. The latter two separate segments feel like sideshows that are disconnected from the main show and leave you wondering if more could have been said about the PGF by those same interviewees instead of scratching away at an obviously inconclusive pixel stew, but since they were so unrelated they didn’t really affect the quality of the rest of the show aside from being slightly distracting.

PS. People may take exception to my assertion re. the Yowie, but there’s a very good reason for it grounded in natural history. North America has a long history of biotic interchange, the term for when species cross previously inaccessible biome boundaries due to changes in geography, climate, and other natural (or unnatural, i.e. humans introducing cats and rats to the Galapagos via boats, decimating the tortoise population) causes. North America and Asia were connected and disconnected many times in natural history as sea levels and plate tectonics changed the earth’s surface over millions of years. The most recent connection at the Bering land bridge between Alaska and Siberia allowed the first humans to settle North America from Asia within the last 16,000 years. We are not alone in this migration. Bears and wolves crossed into North America from Asia, as did the mammoths some 100,000 years ago. The interchange was not a one way street either: camels evolved in North American around 44 million years ago, horses around 35 mya. They crossed over the other direction into Asia and, despite their widespread association with the nomads of the Arabian peninsula in modern times, were actually made in America and have long since died out here.

All this is to say, animals have crossed between Eurasia and North America in both directions many times in recent history. Australia is a much different case. It’s basically a continent sized island and has been that way for about 50 million years. Before that, it’s equivalent of the Bering land bridge was a connection to…Antarctica.  Cretaceous Antarctica was a much different place from what it is now, warm and temperate with dinosaurs running around instead of penguins (which are still technically dinosaurs, but cuter) so it wasn’t barren and mostly lifeless like it is now, but that means most of what lives in Australia has been isolated there for tens of millions of years with little to no biotic interchange. The extreme isolation of Australia is what makes so many of its animals so unique and unlike anything else found on earth. Monotremes (the egg laying mammals like platypuses and echidnas) have been in Australia since the early Cretaceous, over 100 million years ago. By comparison, the only placental mammals found in Australia are bats and rodents and they only got there in the last 10 million years or so when Australia finally drifted close enough to Asia.

This turned into a much longer rant than I initially intended, but the point is there are no known placental mammals, let alone apes aside from the indigenous humans, native to Australia larger than a rat, and since before that it was connected to Antarctica during the age of the Dinosaurs, there likely never has been. (Dingos don’t count, they’re a feral population of ancient stray dog) As I stated in a previous article, it’s not a huge stretch to imagine a 1,000 pound ape living in the same place that used to be inhabited by Saber Toothed Cats, the 10 ton Columbian mammoth, Arctodus, the largest bear that ever lived, and giant ground sloths the size of modern bull elephants within the last 10,000 years. It’s a much further stretch to figure out how something like a Yowie could have gotten into Australia when no other placental land mammal could due to its extreme isolation and island like ecosystem.

Scientific hypothesis walks the fine line between established known patterns and extending the current known boundaries of knowledge just enough past the previous limit with a minimal number of evidence-based modifications. If the Yowie is a real animal, it could be some form of marsupial that would fit more with the natural history of the continent, as that would be a much more conservative hypothesis with much less additional support required over a hominin with Asian origin given the timeline of its continental drift. The continent is moving north at about 7cm a year, meaning it’s closer to Asia than it’s ever been and nothing could have crossed over from an easier connection at some point in the past like with Beringia. This isn’t really the place to discuss the Yowie except to say it most likely isn’t Sasquatch, which makes the conflation of the low quality thermal with the high quality PGF in the same show all the more confusing.

If you read this far, I hope you enjoyed my detour into an oversimplified version of the natural history of Australia. Enjoy the show, it diverges in its focus in the middle quite a bit but refocuses at the end and is an enjoyable watch.

Heads Up: Evaluating Bigfootage Plausibility at a Glance

Follow Us
If you have had a sighting and would like to report it to the Olympic Project, please use our form. We keep all information confidential.
Report Form
Copyright olympicproject.com 2023 - All Rights Reserved
Back To Top Do NOT follow this link or you will be banned from the site!