Picture this: a young scientist is meticulously poring over piles of plaster in his lab, stroking his beard and sifting through fragmentary evidence trying to determine the validity of a giant creature that may not even exist. Is this early 2000s Jeff Meldrum, or perhaps another Sasquatch researcher digging through track casts and sparse photos? Nope, this is 1903 and the scientist is paleontologist Elmer Riggs, and the evidence is the fragmentary fossil remains of the 15 ton Jurassic sauropod Brontosaurus. Riggs asserted that Brontosaurus was in fact a synonym of Apatosaurus and that the two genera were not sufficiently distinct from one another. This assertion was widely uncontested for over a century until a 2015 paper by Tschopp, Mateus, and Benson challenged that Brontosaurus was a valid genus with 3 member species after examination of 477 features across 81 specimen. 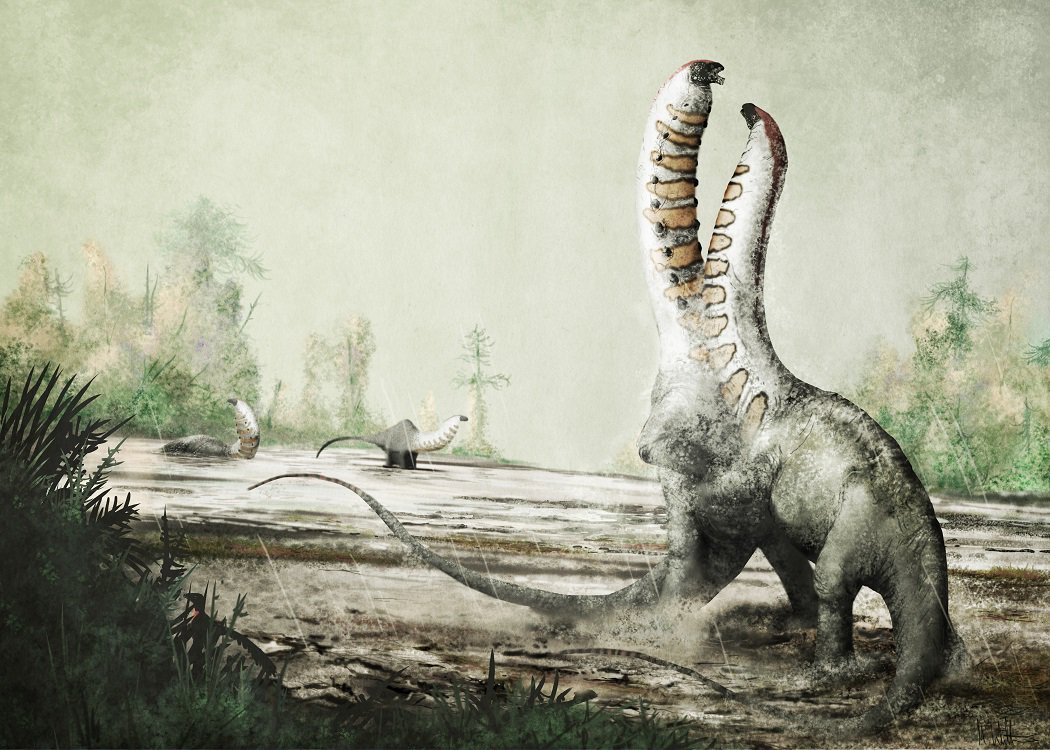 So who was right, Riggs or Tschopp? Well, the jury is still out on that one, although the default consensus is still the precedent established by Riggs. Didn’t the new guys just publish a 300+ scientific study though? Understanding this debate requires some knowledge of how the “scientific community” functions.

People commonly believe that academia operates like the Catholic Church, where authority is centralized and consensus shifts monolithically based on the latest and greatest publications. The reality is more nuanced, as “consensus” isn’t even a concept that is easily defined. Scientific consensus is loosely a voting process, except how many votes it takes to win a majority is not known, because who exactly gets to vote isn’t clearly defined, and what you’re voting on isn’t even on the ballot because the ballot does not exist. Do we only count tenured faculty who have published in the field? Which publication venues delineate the boundaries of “the field?” Who’s even asking these people the questions? Consensus often occurs on such a long time scale across so many uncoordinated components that analysis of paradigm shifts can only be done in hindsight many decades later.

Take the theory of evolution by natural selection for example. Darwin published On the Origin of Species in 1859, literally before the Civil War even happened. A whole history of evolutionary thought is beyond what we have time for here, but it took about 20 years for a majority of scientists in English speaking countries to accept descent with modification as the mechanism for speciation in natural history, and even longer for non-English countries to do so. The current the modern form of evolution did not happen for even longer: The “Modern Synthesis” of the 1920s finally offered population genetics as the mechanism for gene inheritance. In 1953, the publication of the structure of DNA finally closed the loop and pinned down the mechanism for evolution down to the molecular level. Darwin actually got a lot of stuff wrong about the mechanisms of evolution the first time around as he lacked knowledge of modern genetics. This lead to many decades of purgatory for his theories before many rounds of concurring evidence were published almost a century later.

This life cycle of scientific theory is pretty common across many disciplines: a seminal paper is published, and many subsequent publications reproducing or expanding upon the conclusions are spawned, leading to a tacit acceptance of the conclusions offered by the authors due to overwhelming convergent evidence. This process can take a very long time when new evidence or results are hard to come by (like paleontology, where discovery of new remains can leave gaps of years or decades) or can happen in the spawn of a few months (like computer science, where you’re only limited by computing resources and graduate student tears). Papers whose results are not strongly reproducible or expanded upon tend to just remain in limbo until either additional evidence is presented or the conclusions refuted with disqualifying evidence.

Many of these unresolved questions still hang around in paleontology today (and in most scientific fields), not for a lack of credibility or research but because certainty exists on a spectrum that takes many concurring publications to reinforce. Just last year, new remains of Spinosaurus led researchers to assert for the first time that it possessed a crocodile-like tail fluke that was used for swimming. There is still a lack of concurrence on what this dinosaur actually looked like and how it lived, in large part due to the fact that only 6 partial remains of this 50+ foot theropod have ever been found, the first of which was destroyed during the British raid on Munich in 1944. The lack of a complete skeleton from a single individual means the hindlimb proportions and thus the posture are still open questions in paleontology that see conflicting publications presenting evidence every few years.

Spinosaurus, then vs now. *Subject to change pending additional evidence

By now the themes and struggles of scientific research should sound familiar to anyone who’s been engaged in cryptid research for a while. Consensus in any field of research is the exception that only happens in the face of overwhelming convergent and concurrent evidence and not the norm. Media personalities really do the public a disservice by portraying scientific questions as simple queries with a single sentence conclusion that hinge on single pieces of smoking-gun evidence, when the reality is always very complex, multi-layered, and unwieldy.

From medicine to astrophysics, the processes of scientific advancement share many common themes because they are all fundamentally based on the common scientific method. I singled out paleontology in particular here both because I really freakin’ love dinosaurs (and hey, who doesn’t?) but also because it is uniquely relevant and adjacent to the study of biological cryptids. (Disclaimer: I make the distinction because some directions of cryptozoology deal with non-biological entities or phenomenon, which we will not address on this blog) Paleontologists make careers out of documenting and describing animals for which they have fragmentary evidence of, trying to peer far back in time to determine how a long extinct species lived and how it fits into the vast web of natural history that modern humans only exist on as a single fiber of a single thread. These challenges are very similar to the tasks undertaken by Drs. Meldrum, Krantz, and Bindernagel throughout their careers. Paleontology thus provides a very good model to base zoologically motivated cryptid research on, not only for its similarities but also because a solid understanding of how scientists learn about natural history is fundamental to engaging in zoological science.

Understanding the history of life on earth is essential in understanding how life exists today because the volume of life that has ever lived far exceeds the biology we can observe in our lifetime. The Cambrian Explosion 540 million years ago is considered to be the genesis of multicellular diversity on earth. Since then, over 99% of all species that have ever existed have gone extinct. Recorded human history only goes back about 5,000 years. The life that we can still observe in the 21st century counts for but a tiny sliver of both the diversity and timeline of natural history. As speciation occurs too slowly for any human to observe even on the timescale of recorded history, let alone a single lifetime, the earth as we see it now will be the only species any of us will ever get to see. To truly understand life on earth, as it is, how it got there, and as it was, your best and only option is to look backwards in time. Not doing so is like attempting to understand the Lord of the Rings books by only reading the last paragraph of the last page.

When you see natural history from this much more farsighted perspective, intriguing questions will pop up about phenomenon that you may have once taken for granted, like “how the heck did bears get into North America?” followed by yet unanswered queries, like “if there is a Sasquatch in North America, what is its evolutionary history, where did it come from, and how long has it been on the continent?” We’ll do some educated speculation here in a later post.

I argued in the past that speaking the scientific language and thinking like a scientist are one and the same with being a great bio-cryptozoologist. I strongly encourage all cryptid enthusiasts to cultivate your curiosity by developing your background in adjacent scientific fields, starting with the most directly relevant like paleontology. Developing your natural curiosity for zoological science will give you both the tools to conduct your own research and will help ground your work in established scientific norms that are recognizable by mainstream academics.

Scientists are commonly misunderstood as the people with all the answers, when in reality they’re the people who know how to ask the right questions in search of complex and important answers. When you teach yourself to look at the world in a way that fills your brain with questions, you arm yourself with the tools to seek answers to important questions the same way generations of scientists have done before us and continue to do every day. Feed your curiosity every day. The advancement of our field depends on it.