The lack of a fossil record for apes in North America is a common hill for many skeptics to plant their flag on, but it is a hill made artificially tall by hindsight biases perpetuated in entertainment and media. Such a position presumes that all species must leave evidence of its existence in the fossil record, and that we humans with our infinite wisdom and technology must have discovered said fossils. The fact of the matter is, fossilization is an exceedingly rare event, and even for the largest and most famous species that ever existed on the planet the chances of an individual’s remains surviving to the present day to be exhumed by us is extremely low.

Dinosaurs are often the organisms most strongly associated with fossils. Despite being the dominant forms of life on the planet for 180 million years, scientists estimate we have discovered less than half of the dinosaur species that have ever lived. A 2016 paper by Starrfelt and Liow estimate a total of 1936 species of dinosaurs during the Mesozoic Era, of which around 900 have been identified in the fossil record, many by just a single bone. The ones that dominate our museums and culture today are the largest beneficiaries of selection bias; they were often the largest, the most numerous, and the most successful, therefore leaving the largest deposits of biomass for preservation.

Of the dinosaurs that stomped their way into the collective conscience of civilization, none are more famous than Tyrannosaurus Rex, our own backyard Cretaceous North American monster. With such a larger than life presence in our museums and movies, people may often take for granted that the preservation and discovery of T. Rex in the fossil record was inevitable. But just what were the odds of a T. Rex skeleton making it 66 million years into the present day? Thanks to some present day mathematics and statistics, we can hazard a guess. 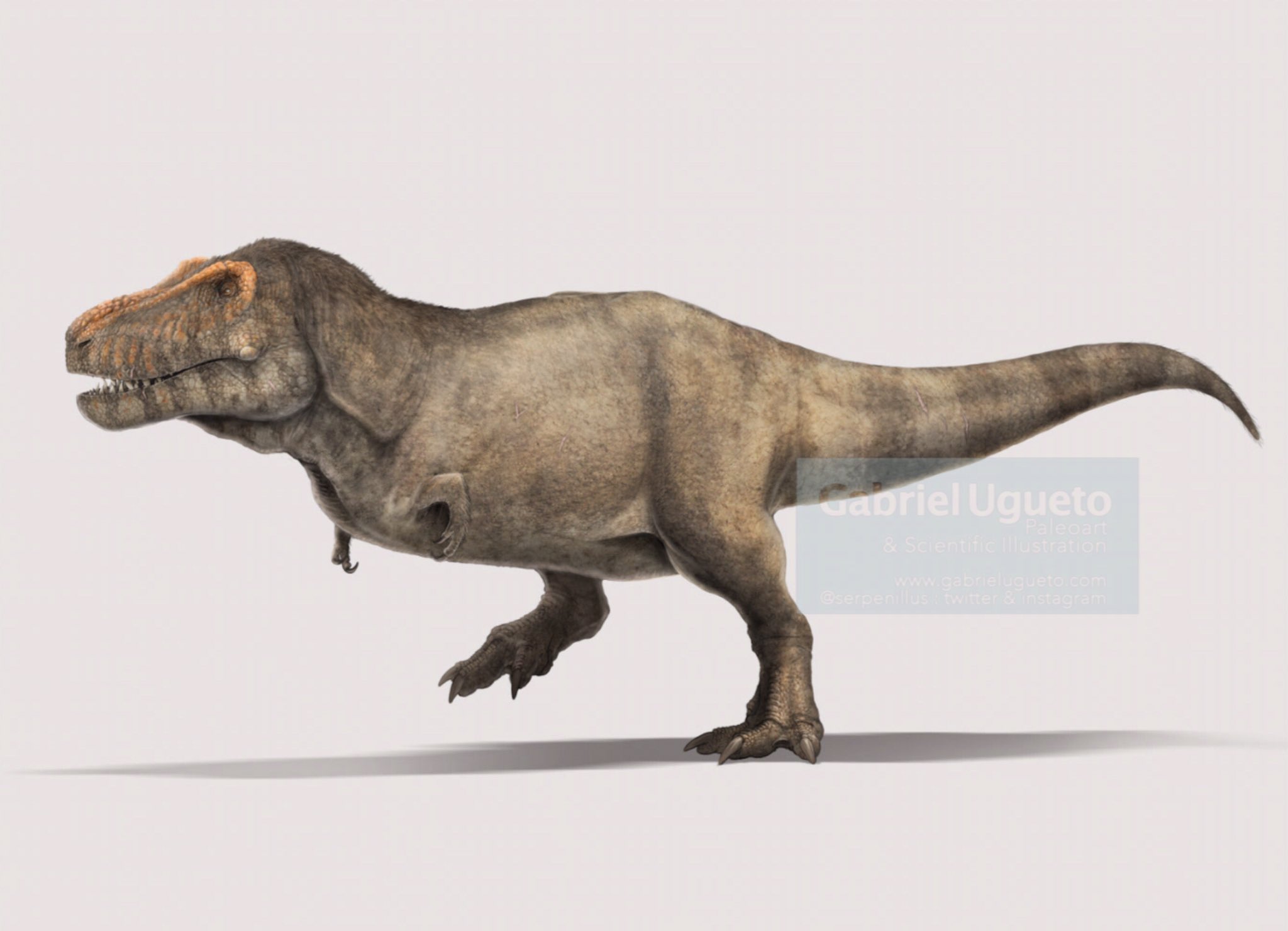 A new paper from the University of California, Berkeley published in Science magazine (an extremely high impact factor Journal at 41.845) estimated the total number of adult T. Rex that ever lived to be 2.5 billion individuals. This was based on the geographic range of the animal from the distribution of the fossil record, an area spanning 2.3 million square kilometers in Western North America, and an estimated population density based on an average body mass of 5200 kilograms (~ 5.7 tons) that would allow for a standing population of around 20,000 adult individuals alive at any one time. The species existed for 2.5 million years in the fossil record but only lived to their late 20s despite their large size, allowing for 127,000 generations of one of the heaviest land predators to have ever existed to stomp around the Cretaceous West Coast.

It should be noted that even a massive (pun intended) publication like this has fairly wide error margins; such is the nature of science when data is limited. The mean total adult body count is 2.5 billion, but due to the wide confidence intervals, “Marshall is quick to point out that the uncertainties in the estimates are large. While the population of T. rexes was most likely 20,000 adults at any give time, the 95% confidence range — the population range within which there’s a 95% chance that the real number lies — is from 1,300 to 328,000 individuals. Thus, the total number of individuals that existed over the lifetime of the species could have been anywhere from 140 million to 42 billion.”

So what is the probability of discovering a fossil of a T. Rex? To date, fewer than 100 individuals have been found, many identified by only a single bone. There are only 32 well preserved, mostly complete skeletons in display in museums today, meaning for a 7 ton apex predator that was in North America for over 2 million years, the chance of fossilization for an individual adult T. Rex was about 1 in 80 million.

Fossilization rates are not exactly perfectly transferrable across species as ecological and geological factors cause this probability to swing wildly. But they are almost always extremely long odds, as likely fewer than 0.1% of all species that have ever lived have left a fossil record, with only a fraction of that discovered by humans.

Furthermore, just being the biggest apex predator did not guarantee fossil preservation. You may recall the recent 2020 paper on the tail morphology of Spinosaurus aegyptiacus, the semi-aquatic sail backed theropod from North Africa that was larger than T. Rex. Despite being possibly the largest terrestrial carnivore that ever lived, the species is only known from 6 partial skeletons, the sum total of which are still insufficient to establish the hip and leg morphology of the animal. This led to many rapidly changing interpretations of the dinosaur’s posture, from the more T. Rex like Jurassic Park III rendition to something nearly quadrupedal. The most recent discoveries of several additional tail vertebra indicated the tail was much taller and muscular than previously thought, resembling something more like a crocodile’s tail that would have been used for propulsion in water rather than the skinny counterbalance of a terrestrial theropod.

Argentinosaurus, possibly the largest terrestrial animal that ever lived, is only known from a few vertebra and a few massive leg bones, the latter of which were referred to the genus but are not conclusive due to the lack of concurrent discovery of the femur attached to the vertebra.

As our detour into dinosaur paleontology shows, lack of a detailed fossil record is the norm and not the exception. While this does not prove the existence of any unknown extant North American megafauna, as those 1 in 80 million odds show, “where are the bones” should be not a statement uttered with defiant conviction but rather question asked with curiosity and an eye on further discovery.